No, Short Doesn’t Only Refer to Hemlines 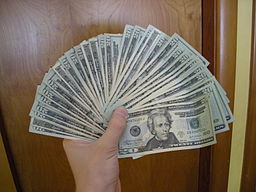 For most of us, “short” and “long”  describe hemlines, hair or a variety of other familiar items, but bear no relation  to where our money goes. In investment parlance, a “short seller” is someone who sells a security s/he doesn’t own (wouldn’t you like to figure out way to make money selling something you don’t even own?) now to take advantage of an anticipated decline in the price of the security. If the price goes down, the short seller benefits by selling the securities at a higher price than s/he will have to pay to cover in the market. When an investor owns the security in the conventional way (you pay for it and it’s yours), that investor is “long” the security and makes money if the price goes up. An investor with a long position has the right to transfer ownership to someone else, receive any income (in the form of interest, dividends, etc.) and also receives the profit or loss occasioned by a change in the value of the security (like the appreciation in value that comes from owning both Boardwalk and Park Place).

Now enter the world of litigation. Defendants in securities fraud class actions always seek to limit their financial exposure. An effective way to do that is to reduce the number and kinds of people who can be included as class members. In securities class actions, defendants who have been sued for misrepresenting the facts about a company’s business or financial conditional often claim that short sellers do not deserve the same protection under the securities laws as investors with long positions. The short sellers argue that whether an investor bets that the price of a security will go up or down is irrelevant; what really counts is that the investor has been duped into believing that the market price accurately reflects all of the information about that security. Both kinds of investors are hurt by the defendant’s dishonesty.

Recently, in Schleicher v. Wendt  a case involving Conseco, the financial services company, the Seventh Circuit Court of Appeals sided with the short sellers. It observed that long and short positions are “mirror images”, that both are “affected by news that influences the price they pay or receive” and that both can participate in the class. The decision reflects a correct understanding of the so called “fraud on the market” theory which permits federal courts to find that class treatment is appropriate for securities fraud claims by  purchasers of widely- held  publicy traded shares.

Follow this blog for more on the important and still controversial fraud on the market doctrine.