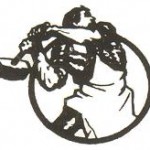 According to the Department of Labor, the state of Washington has the highest minimum wage at $8.55 per hour. As of January 1, 2011, that rate will increase to $8.67 per hour worked to reflect a 1.4% increase since August 2009 in the Consumer Price Index for Urban Wage Earners and Clerical Workers. The CPI is a national index that covers the cost of goods and services required for daily life. Nine other states-Arizona, Colorado, Florida, Missouri, Montana, Nevada , Ohio, Oregon and Vermont -adjust the minimum wage based on inflation and the CPI.

In October 2010, five of those states announced that their minimum wage will increase on January 1, 2011, as follows:

Minimum wage earners who are covered by the Fair Labor Standards Act benefit from these increased rates when they receive their straight hourly pay and when they receive overtime pay. FLSA overtime compensation is generally paid at one and one-half times the employees’ regular rate of pay when they work over 40 hours in a workweek.

Florida and Missouri have both announced that their minimum wage will remain at  the federal minimum wage rate of $7.25 per hour for 2011. Federal law requires that employers pay the higher of the state or federal minimum wage rate. Under Florida law, the state must calculate an adjusted minimum rate each year based on the percentage change in the CPI in the Southern Region.  Florida has determined that the CPI calculation will not affect the current state rate so its minimum wage rate will remain at $7.25 per hour.  Missouri, which calculates any change based on the CPI, rounded to the nearest five cents, has likewise determined that no change is necessary.

What does the failure to peg the minimum wage to the cost of living say about the states who choose not to do so?