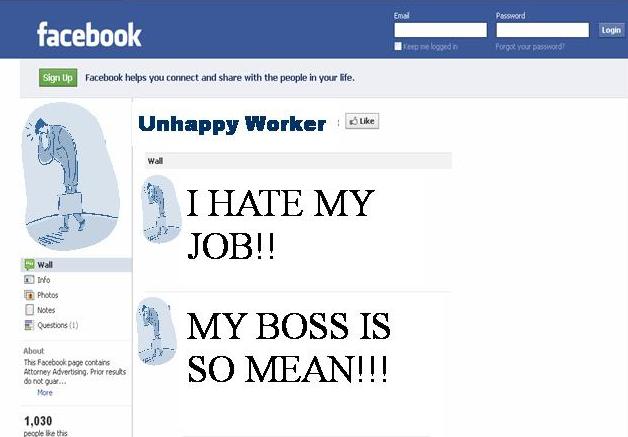 Over the past few years, many questions have been raised about whether employees can be disciplined or fired for using Facebook, Twitter or other forms of social media to say unflattering things about their workplace and/or their superiors.

The National Labor Relations Board ( an independent federal agency which, among other things, remedies unfair labor practices committed by employers and unions in the private sector) has started to speak out against employers who improperly restrict their employees’ use of social media. For example, last fall, the NLRB issued a complaint against American Medical Response of Connecticut because it fired an employee who posted negative comments about her supervisor on Facebook. The NLRB said that the employer’s rules (which were in its employee handbook) about blogging, Internet posting and employee communications were too broad. The Company settled with the NLRB after agreeing to revise its rules so that it didn’t improperly restrict employees from discussing their pay, hours and working conditions when they are not at work. The company also promised that employees would not be threatened with disciplinary action for seeking union representation, another “no no.”

Last week, the NLRB jumped into the social media fray again when it told the Newspaper Guild, the union that represents Thompson Reuters employees, that it was going to challenge Reuters’ social media policy which unlawfully chills employees’ rights to discuss working conditions with co-workers. Reuters had verbally disciplined an employee who used Twitter to discuss working conditions with her co-workers

Under Section 7 of the National Labor Relations Act, employees have several rights, including the right to engage in activities for their “mutual aid or protection” http://www.nlrb.gov/national-labor-relations-act, and employers cannot take any action, including limiting the appropriate use of social media, to take away those rights.

What do you think?  Should employers be allowed to impose restricting on your use of  social media?