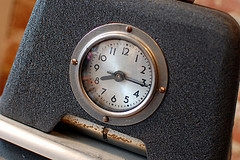 Both the trial court and the appellate court flatly rejected Wal-Mart’s argument that the very business records it used for payroll and other business purposes were so unreliable and inaccurate that the employees couldn’t use them as proof of Wal-Mart’s wrongdoing. The Trial Court called Wal-Mart’s position “unusual in the extreme.”

Abbey Spanier was co-lead counsel for the Wal-Mart and Sam’s Club employees.