Can You Be Discriminated Against for Trying to Have a Work-Life Balance ? 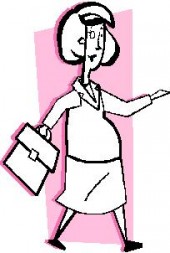 Yesterday, in a decision that has made the headlines, federal judge Loretta Preska dismissed a lawdsuit brought against Mayor Bloomberg’s company, Bloomberg LP. The Equal Employment Opportunity Commission (the “EEOC”) brought an employment discrimination class action on behalf of Bloomberg employees who were pregnant or had recently returned from maternity leave. The EEOC alleged that Bloomberg engaged in a systemized practice of decreasing the pay, responsibility, or other terms and conditions of the employment of pregnant employees and mothers when they became pregnant or took maternity leave. Title VII of the Civil Rights Act of 1964, as amended by the Pregnancy Discrimination Act of 1978 (“PDA”), prohibits pregnancy-based discrimination  because it constitutes sex dsicrimination.

Particularly interesting were the Judge’s comments about the EEOC’s theory that the case was about the “so-called work life balance.” Judge Preska quoted several CEOs of successful American corporations, both male and female, including General Electric CEO, Jack Welch, who said that “There’s no such thing as work-life balance.” The court said that “the law does not mandate “work-life balance” and that companies are not required to ignore employees’ work-family trade-offs when deciding about employee pay and promotions.

So, if a woman  devotes 75% of her time to her job because she spends the remaining 25% with her family, can her employer consider that in determining her compensation and promotion, without fear of being held liable for discrimination? What do you think? Is that discrimination?

Have you been the subject of discrimination for being pregnant, taking maternity leave or trying to maintain a work-life balance? If so, please tell us your story.