Ray of Hope in Battle Over Binding Arbitration Provisions 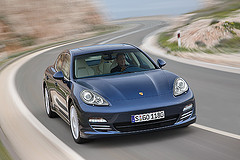 The recent ruling in AT&T Mobility LLC v. Concepcion, et ux. was feared by many as a death-knell of class action litigation and, in particular, of consumer protectionclass actions. The ruling upheld an arbitration provision with a class action waiver that beforehand was viewed as unconscionable and unenforceable.

In the months since Concepcion, commentators’ fears have shown themselves to be well-founded as courts have interpreted the ruling broadly, sweeping many plaintiffs’ claims for fraud, unfair business practices, wage and hour violations,  discrimination, and other matters in class actions out of court. However, a ruling handed down this week by the Ninth Circuit Court of Appeals in Kolev v. Porsche Cars North America offers a ray of hope, at least for class actions involving warranty claims.

Diana Kolev sued the dealership that sold her a car with serious mechanical defects because it refused to honor her warranty claims. She alleged, among other things, that the dealership’s refusal was a violation of the Magnuson-Moss Warranty Act, which provides her the right to a refund or replacement of the defective vehicle without charge. The dealership argued, and the lower court so held, that her purchase agreement included an arbitration provision and that she should be compelled to submit her warranty claim to an arbitrator. But Ms. Kolev appealed that ruling arguing that the MMWA, an important consumer protection statute, bars provisions limiting her access to the court system.

The Ninth Circuit agreed with Ms. Kolev and reversed the lower court’s order that she submit her warranty claims to arbitration. Relying on an interpretation of the MMWA by the Federal Trade Commission, the court held that “written warranty provisions that mandate pre-dispute binding arbitration are invalid under the MMWA.”

Some people believe that the streamlined procedures that arbitration affords makes justice more accessible for many. The reality is that you get what you pay for. The rules governing litigation in the court system are there for a reason and have been refined over the generations to represent a careful balance of the interests of all involved.

More importantly, when the stakes are small, say a five or ten dollars here and there, why would anyone bother to arbitrate on his or her own? It’s hardly worth the gas money. That’s assuming you even notice you’ve been victimized by or other misdeeds. In this busy and increasingly complex world, it’s not unusual for such wrongs to go unnoticed.

Those are reasons the class action mechanism is important. It permits just one knowledgeable plaintiff to vindicate the rights of many, even where his or her own individual injury is small where companies otherwise profit due to the reality that most individuals simply don’t have the time, energy, knowledge or resources to pursue their rights, even if they are aware of the injury inflicted on them.

Big business knows that without effective regulation and the availability of the class action, profits can be increased by the systematic imposition of unjustified costs and refusal to provide contracted services, and some exploit this. Thus, the expenditure of millions of dollars on lobbying against regulation and for laws directly or indirectly limiting class actions.

Concepcion made it easier for big business to avoid class action liability and, as a result, consumers are more vulnerable to corporate wrongdoing today than they have been in a long time. But Kolev has reaffirmed our rights as a consumer, at least with respect to warranty claims arising under the MMWA, and may be a sign that damage done by Concepcion will not be long-lived.

Have you been sold a defective product only to find that your contract had a class action waiver? If so, tell us your story. Abbey Spanier, LLP, located in New York City, is a well-recognized national class action and complex litigation law firm.