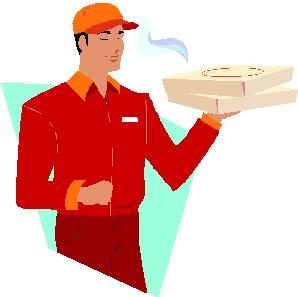 On November 14, 2011, U.S. District Judge Donovan W. Frank issued a Memorandum and Order certifying a class of “all persons who worked as Domino’s Pizza, LLC delivery drivers in Minnesota from March 6, 2006 through February 28, 2010.”

In their complaint, the plaintiff delivery drivers allege that all corporate owned Domino’s stores in Minnesota charged pizza delivery customers $1.00 (later increased to $1.50) as a delivery charge on the receipt provided to customers. Despite requiring plaintiffs to pay their own gas, maintenance and other driving related expenses, Domino’s never paid any portion of the delivery charge to its delivery drivers. Plaintiffs allege that Domino’s failure to adequately reimburse drivers for their travel-related expenses resulted in plaintiffs being paid less than the minimum wage under the Fair Labor Standards Act, 29 U.S.C. § 201, et seq. (“FLSA”) and the Minnesota Fair Labor Standards Act, Minn. Stat. 177.21, et seq. (“MFLSA”).

After the Court denied Domino’s motion to dismiss in August 2009, plaintiffs moved for class certification based on their claim under the MFLSA.  The MFLSA states that “any gratuity received by an employee . . . is the sole property of the employee.” See Minn. Stat. § 177.24, subd. 3.  The statute prohibits an employer from requiring an employee to contribute or share gratuities received by the employee with the employer or other employees. See id.

The MFLSA defines “gratuities” as: “monetary contributions received directly or indirectly by an employee from a guest, patron, or customer for services rendered and includes an obligatory charge assessed to customers, guests or patrons which might reasonably be construed by the guest, customer, or patron as being a payment for personal services rendered by an employee and for which no clear and conspicuous notice is given by the employer to the customer, guest, or patron that the charge is not the property of the employee.”  Minn. Stat. § 177.23, subd. 9.

Plaintiffs argued that the delivery charge constituted an obligatory charge assessed to the customer which might reasonably be construed as being a payment for personal services rendered, and for which Domino’s gave no clear and conspicuous notice to the customer that the charge was not the property of the delivery drivers.

In its class certification briefing, Domino’s argued that plaintiffs failed to meet the commonality and typicality requirements of Rule 23(a) because consideration of the particular facts and circumstances surrounding each delivery was necessary to resolve the question whether a customer might reasonably have construed the delivery charge to be a payment to the delivery driver for personal services rendered. For example, Domino’s argued that relevant differences in customer experience include: whether the customer ordered over the phone or online; whether the customer paid by cash or credit card; the frequency with which the customer ordered delivery pizza; the size of the order; the location of the store at which the order was made; and the customer’s interaction with Domino’s employees.

Noteworthy is Judge Frank’s recognition of the utility of class actions. He observed: “Furthermore, a class action fosters judicial economy. Certifying this class may resolve the claims of 1400-1600 potential plaintiffs. Additionally, a class action helps to ensure that class members who are otherwise unaware that they possess a claim, or are unable to hire a lawyer, will have their rights represented.”