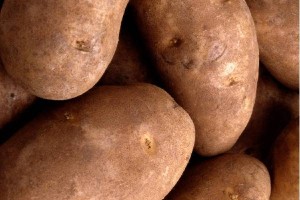 On December 2, 2011, a federal judge took the extraordinary step of issuing an advisory opinion about an area of law that has little precedent. In In re: Fresh and Process Potatoes Antitrust Litigation, No. 10-2186 (D. Idaho), plaintiffs alleged that defendants created cooperatives for the purpose of increasing the price of potatoes by limiting potato planting acreages, and by paying farmers to either destroy existing stocks or to refrain from growing additional potatoes.

When ruling on the motion to dismiss, the district court took the unusual step of including in the decision an advisory opinion about whether the Capper-Volstead Act immunizes defendants from Sherman Act liability. The court was willing to take this step because: there were no disputed issues of fact; the parties briefed and argued an area of law where case law is scant; and if this issue was not resolved at this stage of the litigation, it would cause the parties to incur unnecessary expenses.

The Capper-Volstead Act was enacted in the early 1900’s and provides agricultural cooperatives with a limited exception from the antitrust laws. The district court explained that the Capper-Volstead Act and “its legislative history indicate a purpose to make it possible for farmer-producers to organize together, set association policy, fix prices at which their cooperatives will sell their produce, and otherwise carry on like a business cooperative without violating the antitrust laws.”

The district court held that the Capper-Volstead Act does not protect pre-production agricultural output limitations such as coordinating and reducing acreage for planting. Defendants argued that because Capper-Volstead cooperatives are allowed to fix prices, they must also be permitted to restrict production. The district court responded that the “reason an agricultural cooperative can fix the price at which their good is sold is because if the prices rises, farmers will produce more and consumers will not be overcharged. Individual freedom to produce more in time of high prices is a quintessential safeguard against Capper-Volstead abuse, which Congress recognized in enacting the statute.”

This decision will likely have an impact on similar litigation against dairy cooperatives, as well as antitrust cases that are pending in the egg and mushroom industries, and we will be following these developments.