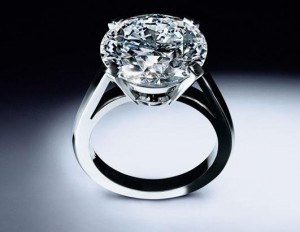 In Sullivan v. DB Investments, Inc. (“Sullivan II”), No. 08-2784, 2011 U.S. App. LEXIS 25185 (3d Cir. Dec. 20, 2011) (en banc), the Third Circuit reinstated the district court’s certification of a nationwide class settlement comprising indirect and direct purchasers of diamonds from De Beers, and approved the $295 million settlement.  The Third Circuit considered whether a court must inquire into each class member’s “possess[ion of] a viable claim or ‘some colorable legal claim’” when certifying a class under Federal Rule of Civil Procedure 23.  Id. at *6. The Third Circuit held that if plaintiffs can show that common factual and legal issues predominated over individual issues, the district court “need not concern itself with whether [p]laintiffs can prove their allegations.” Id. at *25–26.

The Third Circuit vacated a prior panel’s decision that rejected the instant certification because indirect purchasers did not have standing to sue in federal court or in many of the states, precluding a finding of predominance because “no question of law or fact regarding their legal rights is uniform throughout the class.” See Sullivan v. DB Investments, Inc. (“Sullivan I”), 613 F.3d 134, 148 (3d Cir. 2010) (vacated).

In Sullivan II, the plaintiffs alleged price-fixing and monopolization by De Beers in the diamond market. The plaintiffs alleged that “De Beers exploited its market dominance to artificially inflate the prices of rough diamonds.” Sullivan II, 2011 U.S. App. LEXIS 25185, at *9.  They further contended that De Beers’s conduct “caused reseller and consumer purchasers of diamonds and diamond-infused products to pay an unwarranted premium for such products.” Id.  The instant lawsuits were filed in the United States District Courts for the District of New Jersey and the Southern District of New York, and five other lawsuits were filed in various federal and state courts across the country. Id.

Previously, in Sullivan I, the Third Circuit panel examined the issue of standing and noted that the variance among states’ antitrust statutes “is mainly a function of whether a state has chosen to follow the Sherman Act principles regarding standing laid down by . . . Illinois Brick Co. v. Illinois, 431 U.S. 720 (1977).” Sullivan I, 613 F.3d at 146. In Illinois Brick, the Supreme Court held that only direct purchasers had standing under the Sherman Act to sue for monetary damages deriving from an antitrust injury. And since a number of states did not have Illinois Brick repealing statutes in place, indirect purchasers were denied a right to antitrust recovery as a matter of substantive law. Therefore, the panel vacated the nationwide class certification of state indirect purchasers.

In Sullivan II, however, the Third Circuit—sitting en banc—rejected “the addition of this new requirement into the Rule 23 certification process.” Sullivan II, 2011 U.S. App. LEXIS 25185, at *6. In addressing Rule 23’s requirement of predominance, the Third Circuit noted that “variations in state law do not necessarily defeat predominance; and . . . concerns regarding variations in state law largely dissipate when a court is considering the certification of a settlement class.” Id. at *43. The Third Circuit noted that, while states abiding by Illinois Brick require a plaintiff to be a direct purchaser as an element of the claim, the likelihood that an indirect purchaser “might be unable to establish this element at trial is beside the point.” Id. at *73. The court clarified that this type of standing is not jurisdictional; here, the “lack of antitrust standing affects a plaintiff’s ability to recover, but does not implicate the subject matter jurisdiction of the court.” Id. at *72–73. “Accordingly, statutory standing is simply another element of proof for an antitrust claim, rather than a predicate for asserting a claim in the first place.” Id. at *73. Therefore, according to the Third Circuit, as long as the indirect purchasers may file lawsuits in Illinois Brick states, even though such lawsuits could easily be dismissed on a defendant’s motion, courts may include indirect purchasers in a settlement class.

But, the majority held, Rule 23 does not require an “intensive cataloguing” of each class member’s claim according to the laws of the fifty states, nor an intensive Rule 12(b)(6) analysis to ensure there is a “colorable legal claim.” Id. at *76–78.

The majority also found support in Wal-mart Stores, Inc. v. Dukes, 131 S. Ct. 2541 (2011):
Dukes actually bolsters our position, making clear that the focus is on whether the defendant’s conduct was common as to all of the class members, not on whether each plaintiff has a “colorable” claim. In Dukes, the Court held that commonality and predominance are defeated when it cannot be said that there was a common course of conduct in which the defendant engaged with respect to each individual. But commonality is satisfied where common questions generate common answers “apt to drive the resolution of the litigation.” That is exactly what is presented here, for the answers to questions about De Beers’s alleged misconduct and the harm it caused would be common as to all of the class members, and would thus inform the resolution of the litigation if it were not being settled.

If you believe that a company is acting in an anticompetitive manner please call us at 212-889-3700 or visit our website at www.abbeyspanier.com.