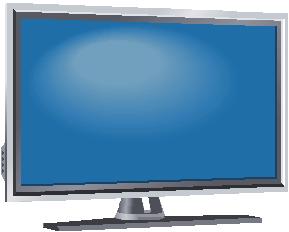 LCD screens are everywhere. These power-efficient, lightweight, and slim liquid crystal displays are ubiquitous in just about everything in consumer and industrial electronics these days. Televisions, cars, laptops, cell phones, computer monitors, MP3 players, and many other devices all sport LCD screens. As an example of their widespread adoption, there are no fewer than five such screens in the room where this post was written!

Now, imagine that the manufacturers of these screens have all been colluding to hold the pricing of these LCDs artificially high. Such a scheme would involve an awful lot of panels, and create an enormous amount of profit. It would affect a staggering number of consumers, businesses, and industries. It would also, of course, be completely illegal, and might have potentially ruinous effects on the conspiring companies if discovered and litigated.

Such are the facts alleged by the plaintiffs in In re TFT-LCD (Flat Panel) Antitrust Litigation, a massive multidistrict class action that targets some pretty big names in the electronics world. Included in the lengthy list of defendants are such consumer electronics heavyweights as Samsung, Sharp, LG, Chi Mei, AU Optronics, and Chunghwa. Many of these corporations are household names, and those six companies alone control over 80% of the TFT-LCD market.

The plaintiffs allege that between 1996 and 2006, the defendants formed a cartel that carefully controlled the supply and pricing of LCD screens. The defendants agreed to set prices via telephone and email correspondence, and through so-called “crystal meetings” between the management, executives, and CEOs of the various companies involved. The plaintiffs filed suit for injunctive and equitable relief, and produced voluminous evidence of collusion in the form of meeting transcripts, memoranda, and emails.

These allegations were significant enough for the Department of Justice’s Antitrust Division to get involved in 2006, and as a result of the DOJ’s investigation seven defendants (including Sharp, LG, Chunghwa, Hitachi, Epson, and Chi Mei) eventually pled guilty to Sherman Act violations related to price fixing and were forced to pay fines. However, as part of their guilty pleas, none of these defendants made or promised any sort of compensation to the consumers who were overcharged for LCD panel-equipped devices. This is where the class actions came in: to force the defendants to make restitution to the many consumers they fleeced.

In March 2010, the Northern District of California certified a nationwide class for injunctive and declaratory relief for the indirect plaintiffs, along with twenty-three separate state classes for damages according to each state’s individual laws. The direct plaintiffs’ were divided into similar classes, although there were only eight state classes in that category in addition to the national one.

Both categories and all classes included “all persons and entities” (including corporations) who bought TFT-LCD panels for their own use between January 1, 1999 and December 31, 2006. The defendants failed to prevent the class certifications, and none of their motions to dismiss were granted. As trial dates loomed closer, many defendants decided to settle. Because of the strength of the plaintiffs’ case, however, any settlement was going to cost them dearly.

At the time of writing, the Northern District has approved settlement agreements between the direct plaintiffs and ten of the twelve corporate defendants. These settlements add up to $405 million, which is a massive 14% of each settling defendant’s total volume of commerce during the class period. That’s a pretty large percentage, especially as antitrust cases go.

The total dollar amount might still climb, too. Toshiba and AU Optronics have not settled and are still scheduled for trial in April.

The real kicker, though, is that on top of these unprecedented settlements, the Department of Justice has previously forced the corporations found guilty of Sherman Act violations to pay $890 million in fines. That means, with the fines and settlements taken into account, LCD manufacturers have paid out a total of $1.83 billion (plus their own attorneys’ fees) as a result of their price fixing. Considering the blatant illegality of defendants’ conduct, the sheer scale of profits from their wrongdoing, and the amount of individuals and corporations affected, this certainly appears to be a just (and warranted) result.

And, of course, it couldn’t have happened without the efficiency and judicial economy created by the class action.  If you believe that a company is acting in an anticompetitive manner please contact us.

Joshua Druckerman is a second-year student at New York Law School and a member of its Law Review.