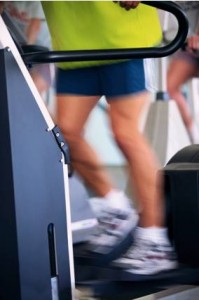 The Fifth Circuit Court of Appeals upheld a decision that found that a mandatory arbitration clause used by 24 Hour Fitness was illusory because it allowed the company to make changes to the policy retroactively. The decision in Carey v. 24 Hour Fitness is a victory for employees who have been subjected to unfair arbitration agreements by their employers.

The plaintiff in Carey was a former sales representative who was employed by the fitness chain in Texas. He filed a class-action suit against the company in the Southern District of Texas on behalf of employees who were allegedly denied overtime pay in violation of the Fair Labor Standards Act.

24 Hour Fitness moved to stay the action and compel arbitration per a provision in the company’s Employee Handbook. The provision stated that “24 Hour Fitness has the right to revise, delete, and add to the” handbook by giving employees written notice. Judge Nancy Atlas rejected the company’s motion, holding that the agreement was unenforceable under state law.

On appeal, the Fifth Circuit affirmed the lower court’s decision. Citing the Supreme Court’s holding in CompuCredit v. Greenwood, the Fifth Circuit acknowledged that federal courts were expected to favor arbitration agreements under the Federal Arbitration Act (FAA). However, as the Supreme Court remarked in AT&T v. Concepcion, federal courts must still look to state contract law in order to determine whether an arbitration agreement existed.

The Fifth Circuit held that under Texas law arbitration agreements are invalid unless they specify that unilateral changes made by an employer will not have a retroactive effect against the employee. Because the 24 Hour Fitness agreement lacked such a restriction, the plaintiff was not bound by the agreement and could pursue his claims in district court.

The Court distinguished its holding in Carey and Morrison from its decision in In re Halliburton, where an arbitration agreement was found to be enforceable even though it allowed for unilateral revisions. In that case, the agreement included a “savings clause” that provided that such revisions would not apply to disputes that were already underway.

The Fifth Circuit’s decision in Carey offers a silver lining for plaintiffs after the Supreme Court’s decisions in Concepcion and CompuCredit. Carey demonstrates how plaintiffs can successfully utilize state laws to defeat unfair arbitration agreements that might otherwise stand under the FAA. The California Court of Appeal reached a similar outcome in Sanchez v. Valencia Holding in November 2011, which found that the FAA did not apply to an arbitration agreement that was unconscionable under state law.

Nicholas Turner is a third year law student at New York Law School. He is a Notes & Comments editor of Law Review and a John Marshall Harlan Scholar. Mr. Turner came in second in the 2011 ABA Torts, Insurance, and Compensation Law Section Writing contest. He was a 2011 Review Editor of the school’s Global Human Rights Bulletin. Mr. Turner is proficient in French.