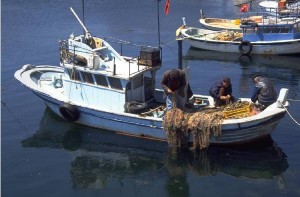 On January 31, 2012, an Oregon federal judge certified a class of commercial fishing vessels owners and fishermen who delivered whiting, groundfish, or shrimp to seafood processors from Ft. Bragg to the Canadian border.  The court denied the motion to certify a subclass of whiting fisherman who delivered whiting to onshore seafood processors because the subclass had fewer than 20 members and therefore did not satisfy the numerosity requirement.

The plaintiffs alleged that defendant Pacific Seafood Group exploited its market power as a wholesale buyer to pay commercial fisherman below market prices for whiting, groundfish, and shrimp.  Plaintiffs also alleged that Pacific Seafood conspired with defendant Ocean Gold Seafoods, another seafood processor, to suppress the prices paid to commercial fisherman for whiting.

A court cannot certify a class unless the plaintiff has demonstrated that the class meets all of the requirements outlined in Rule 23 of the Federal Rules of Civil Procedure.  This includes the typicality requirement, which means that the claims or defenses of the representative parties are typical of the claims or defenses of the class.  Here, plaintiffs relied on the “umbrella theory” of antitrust damages in order to satisfy the typicality requirement because plaintiffs did not sell to defendants.   Plaintiffs argued that they suffered antitrust damages because other seafood processors followed defendants’ lead on prices.  As the district court explained, under the umbrella theory a plaintiff contends that defendants’ price fixing conspiracy created a price umbrella under which non-conspiring competitors of defendants raised their prices to a level at or close to the prices fixed by the conspiring defendants.  The Ninth Circuit has rejected this theory in cases involving a multi-level distribution chain and reserved ruling on the single-level distribution alleged in this case.  The district court concluded that it would not “categorically reject the umbrella theory of damages” and concluded that plaintiffs had satisfied the typicality requirement.  Abbey Spanier will continue to monitor this case and will update its readers if the district court issues additional opinions about the “umbrella theory.”