Chipping Away at Employees’ Right to Bring Class Actions 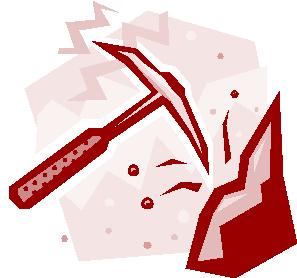 Recently we posted in NLRB Finds Class Action Litigation Protected Activity Under NLRA that employees’ right to pursue litigation collectively in a class action had been upheld by the National Labor Relations Board (NLRB).  Unfortunately, although the D.R. Horton , Inc. decision was issued only a month ago, already a district court in California has provisionally acted to limit the scope of the decision.

Fatemah Johnmohammadi brought a class action against Bloomingdale’s Inc. asserting violations of California wage laws.  Bloomingdale’s responded by removing the case to federal court and moving to compel non-class arbitration based on an agreement that Johnmohammadi had signed as part of her initial paper work when she started working for Bloomingdale’s.  Unlike D.R. Horton, Bloomingdale’s allowed employees to choose to opt out of the arbitration agreement if they did so within thirty days.  Bloomingdale’s even purports to keep the information on who opts out confidential so that managers cannot retaliate because they do not know who has chosen to opt out.  U.S. District Judge George H. Wu provisionally ruled that the voluntary nature of the arbitration agreement made it enforceable.  Johnmohammadi v. Bloomingdale’s Inc., case number 11-cv-6434, in the U.S. District Court for the Central District of California.  In addition to opposing the motion in court Johnmohmmadi has filed an unfair labor practice charge with the NLRB.

While the NLRA is often thought of as dealing exclusively with issues relating to unionization, Section 7 of the National Labor Relations Act (NLRA) also protects the right of employees who are not members of a union to engage in “concerted activities” for the purpose of “mutual aid or protection.”  In D.R. Horton, Inc. the NLRB recognized, “Employees are both more likely to assert their legal rights and also more likely to do so effectively if they can do so collectively.”  357 N.L.R.B. No. 184 (2012).  This is because employees face the risk of retaliation from their employers when they engage in litigation to improve their working conditions.

One of the basic underpinnings of the NLRA is Congress’s recognition of the “inequality of bargaining power between employees who do not possess full freedom of association or actual liberty of contract and employers who are organized in the corporate or other forms of ownership association.”  29 U.S.C. § 151.  Most new hires do not have legal advice to enable them to fully understand the rights they are agreeing to forgo when they sign an individual arbitration agreement with their employer.  Even those employees who know that they are signing away their rights may have reason to distrust an employer’s promise of confidentiality and fear retaliation for failure to sign.

The NLRA was enacted to protect public rights.  In the context of voluntary individual employment contracts that were used to delay bargaining with a union, the Supreme Court declared that “[w]herever private contracts conflict with [the NLRB’s mandate] they obviously must yield or the Act would be reduced to a futility.”  J.I. Case Co. v. NLRB, 321 U.S. 332, 337 (1944).  Similarly, individual employment contracts that prevent an employee from engaging in concerted activity, including pursuing legal claims in a class or collective action, expressly conflict with the NLRA and therefore should not be enforceable.  Hopefully, when Judge Wu issues his final ruling he will allow Johnmohmmadi’s class action to proceed.