Paying Tribute to the American Worker 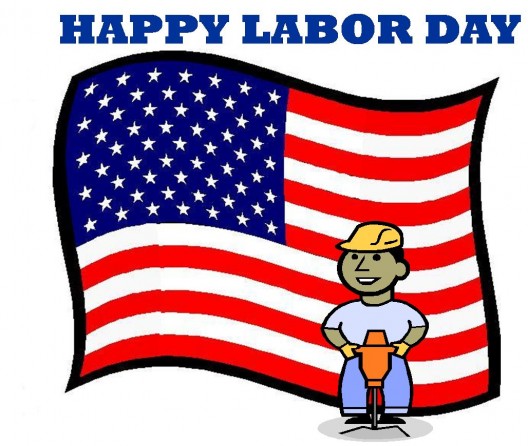 For many, Labor Day represents the beginning of football season or the last long weekend of the summer.  However, there’s more to Labor Day. It’s a celebration of American workers and their contribution to our success as a nation.

The idea spread and in 1885 Labor Day was celebrated in many industrial centers of the country. It became a United States federal holiday only in 1894 (see the story behind that, below) and is observed on the first Monday in September.  According to the Department of Labor, Labor Day “is a creation of the labor movement and is dedicated to the social and economic achievements of American workers. It constitutes a yearly national tribute to the contributions workers have made to the strength, prosperity, and well-being of our country.”

Labor Day was not legislated a federal holiday until 1894, in the days following a strike that began in Pullman, Illinois, a factory town established by George Pullman for workers who built the passenger rail cars that became ubiquitous on America’s burgeoning rail system. Pullman workers suffered decreased wages during the economic depression following the Panic of 1883, while working 16 hour days and paying undiminished rent for the Pullman owned housing they were required to inhabit and higher than market prices for the goods they purchased in Pullman factory stores. These conditions led to a wildcat strike of Pullman workers, soon joined by members of the national American Railway Union.

The Pullman Strike, involved some 250,000 workers across the country at its peak and was eventually broken by the U.S. military and U.S. Marshals. More than a dozen strikers were killed and dozens more wounded. But the American Railway Union succeeded in bringing national attention to the strength of the burgeoning labor movement and inspired improvements in laborers’ working conditions. President Grover Cleveland, aware of the growing power of the workers’ movement, immediately took a small step toward conciliation by asking Congress to establish the Labor Day holiday, and that was done only several days after the Pullman Strike ended.

Conditions did eventually improve, largely as a result of the labor movement.  According to the U.S. Department of Labor, the force of American labor has added materially to the highest standard of living and the greatest production the world has ever known. It is appropriate, therefore, that the nation pay tribute on Labor Day to the creator of so much of the nation’s strength, freedom, and leadership — the American worker. More important, we should also hope that the present threat to that high standard of living can be reversed and use our best efforts to achieve that reversal.